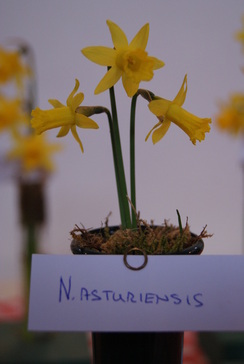 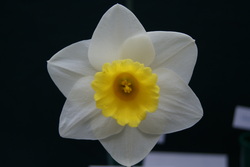 The best bloom in the show was awarded to Queen’s Guard  exhibited by Nial Watson.

Brian also won the John Blanchard trophy for his collection of 6 miniatures. 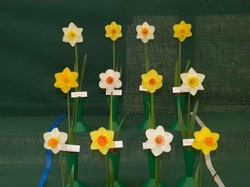 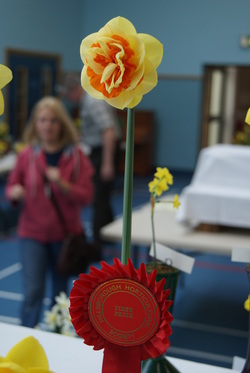 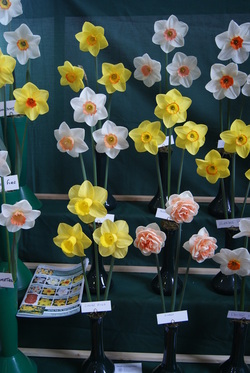 This was a Show to remember for its amazing colour and record entries. Visitors arrived from as far away as Australia with Exhibitors from England and all parts of Ireland. The top prize was taken by Frankie Charlton from Cleadon, South Tyneside winning 'Best Bloom in Show' with 'Sargeant's Caye'.


The prizes were presented by Hilary Watson of Ringhaddy Daffodils in Killinchy, Co. Down.

The 'Best Bloom in the Show' was won by Frankie Charlton with 'Sargeant's Caye'.