In this section we hope to share with you varieties of species daffodils grown by members. 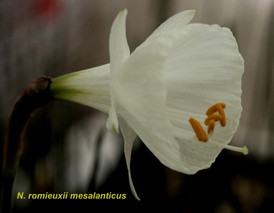 Narcissus romieuxii is an early flowering species of daffodil. It is a distinctive narcissus with dark green rush-like foliage. This narcissus species originated in the Atlas Mountains region of Morocco. It is often found between 1500m and 2000m  in the Cedar and Oak forests.
The variety mesatlanticus with broad creamy-white flowers and is very early flowering. 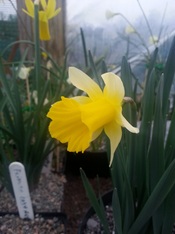 Narcissus nobilis  It is native to the north of the Iberian Peninsula often high in the Pyrenees. The petals are white to soft sulphur with a deep yellow stain that infuses from the base of the equally deep yellow cup. This excellent colouring carries on, right back to the ovary. 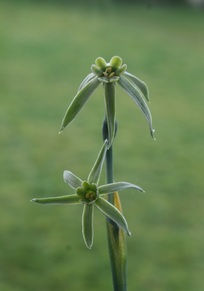 Narcissus viridiflorus is native to the southern Iberian Peninsula and North Africa. it blooms in the Autumn. The blooms are green/blueish in colour.


Photo was taken by Derrick Turbitt November 2013
Powered by